The best things to do in Morocco

The Road of thousand Kasbahs:

Probably the road of  thousand Kasbahs is one of the most fascinating phenomena and, for sure, a must for all those who want to know Morocco in depth. Following the itinerary, you will reach a multitude of places, some more known and others less, that allow you to discover exotic paradises and the way of life of the Berber people. Let’s go deeper into this trip. 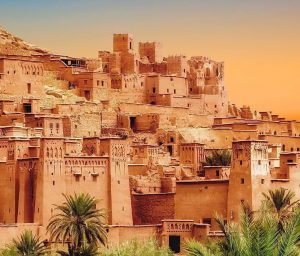 What is a Kasbah?

The term “kasbah” may sound strange and, to some extent, even ambiguous. According to its etymology, the word “kasbah” in Arabic translates as “a central part of a city” or, more colloquially, as “fortress”. However, this word responds to two very different constructions. On the one hand, we have the kasbahs of the north of the country, such as the Kasbah of the Oudayas in Rabat, the Kasbah of Chaouen or the Kasbah of Tangier. They are fortified constructions that served as the residence of a governor and to which other administrative and military spaces were added. On the other hand, we have the kasbahs of the south, whose function was to house families of high purchasing power as well as to establish themselves as a meeting point for trade routes.

They are two concepts that, although apparently similar, have great qualitative differences: while the first is linked to Muslim culture (and in fact are also present in the Spanish Muslim heritage under the name of Alcazaba), the second is linked to Berber culture. If the former were intended to last, standing as a starting point for future cities, the latter were located at strategic points without the initial intention of perpetuating or expanding; so much so that their construction, made mainly of adobe, is perishable, and the lack of periodic maintenance causes an inevitable collapse.

Although the name of this route may seem to be an exaggeration that seeks to attract attention, it fits the reality, because more than a thousand kasbahs are the ones that populate the south of Morocco.

Of different extensions, better or worse state of conservation, located in plains or elevations, with some rooms or others, … all constructions that, although with common elements (generally, rectangular plant with 4 defensive towers and single entrance access, as well as several floors of the height of different uses, usually a first for the storage of cereals and grain, second for kitchen and workers and third for the family), form an infinite series of variations.

It is not the intention of this article to list them all, but enough to understand how different they are from each other through a route that will also allow us to discover the variety of natural landscapes that serve as a prelude to the Sahara Desert.

The route we propose has its starting point in the city of Ouarzazate, which houses the Atlas Studios (the largest in the world) but also the Kasbah Taourirt, one of the best-preserved in the country and residence of the representative of the Glaoui, a family that managed the region through a feudal system. 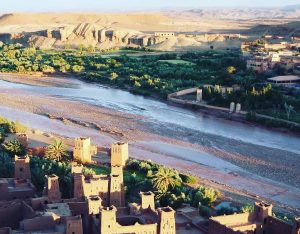 Before starting the road of thousand kasbahs we will backtrack on the national road 9, to arrive the first 30 kilometres away to Aït Ben Haddou. This ksar (a set of kasbahs) presides over the Ounila River and is surrounded by crops, palm trees and fruit trees.

It is a UNESCO World Heritage Site since 1987, although its popularity is mainly due to having been the scene of many films such as “Lawrence of Arabia”, “Gladiator” or “Babel” among many others. It is essential to admire its panoramic view from a high point on the access road.

We will continue along the Ounila Valley 20 kilometres more until we come across the Kasbah Telouet, in an apparent state of abandonment if we look at its facade but with a diametrically different interior and that sometimes has been compared to the Alhambra in Granada.

Then we will return to Ouarzazate and now we will take the national road 10. The next stop on the way will be the Palm Grove of Skoura and the kasbah of Amridil, in a more than an enviable state of preservation and inside which are exposed tools of the daily life of hundreds of centuries old. 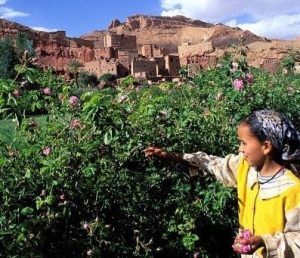 On the way to our next discovery, we will pass through the Valley of the Roses, a must-see especially in spring, when the flowering of the damask rose, resistant to cold and drought, colors the valley.

Later we can enjoy the Tinerhir Valley, which has a gorge 30 kilometers long and walls that rise up to 300 meters high. On a hill, the kasbah of El Glaoui dominates the whole and, despite its little architectural interest for a more than obvious state of ruin, well worth climbing to its site to have a unique view of the landscape. 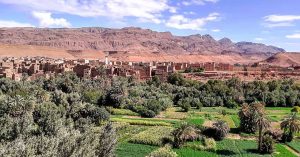 A multi-day experience to Explore Road of thousand kasbahs:

The proposed route would involve spending 2 to 4 days, so it would be necessary to stay overnight; fortunately, along the route, the necessary accommodations are offered in all its sections to rest. And even a not inconsiderable number of ancient kasbahs are offered in whole or in part to the rest of the traveller, which would undoubtedly help a deeper experience.

Nevertheless, this is only a humble effort to give a glimpse of what is Morocco’s greatest architectural heritage. If you have been in the area and want to contribute by adding any that surprised you, do not hesitate to testify in the comments.

If you want to know more, visit our page with all the information about the Sahara. 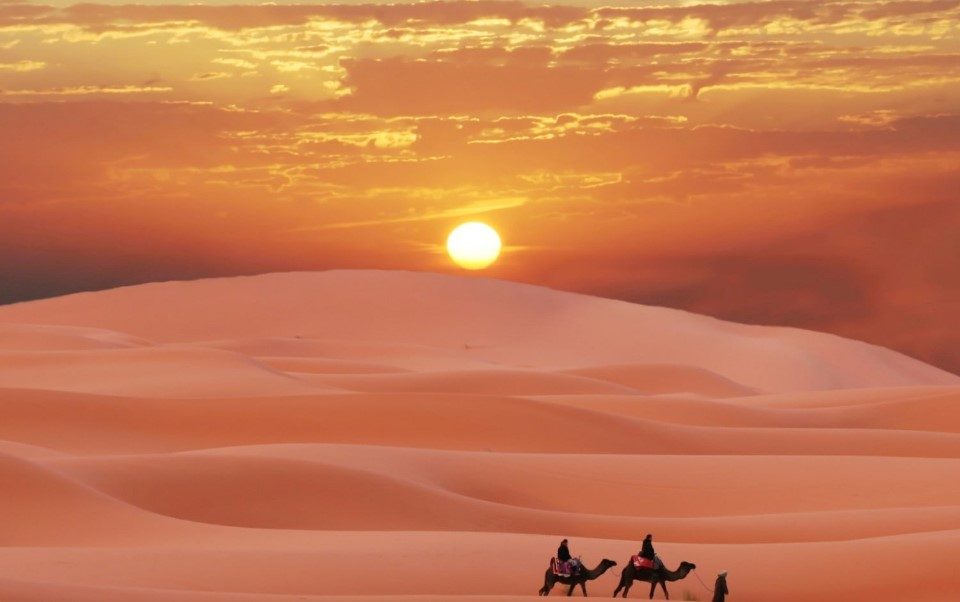