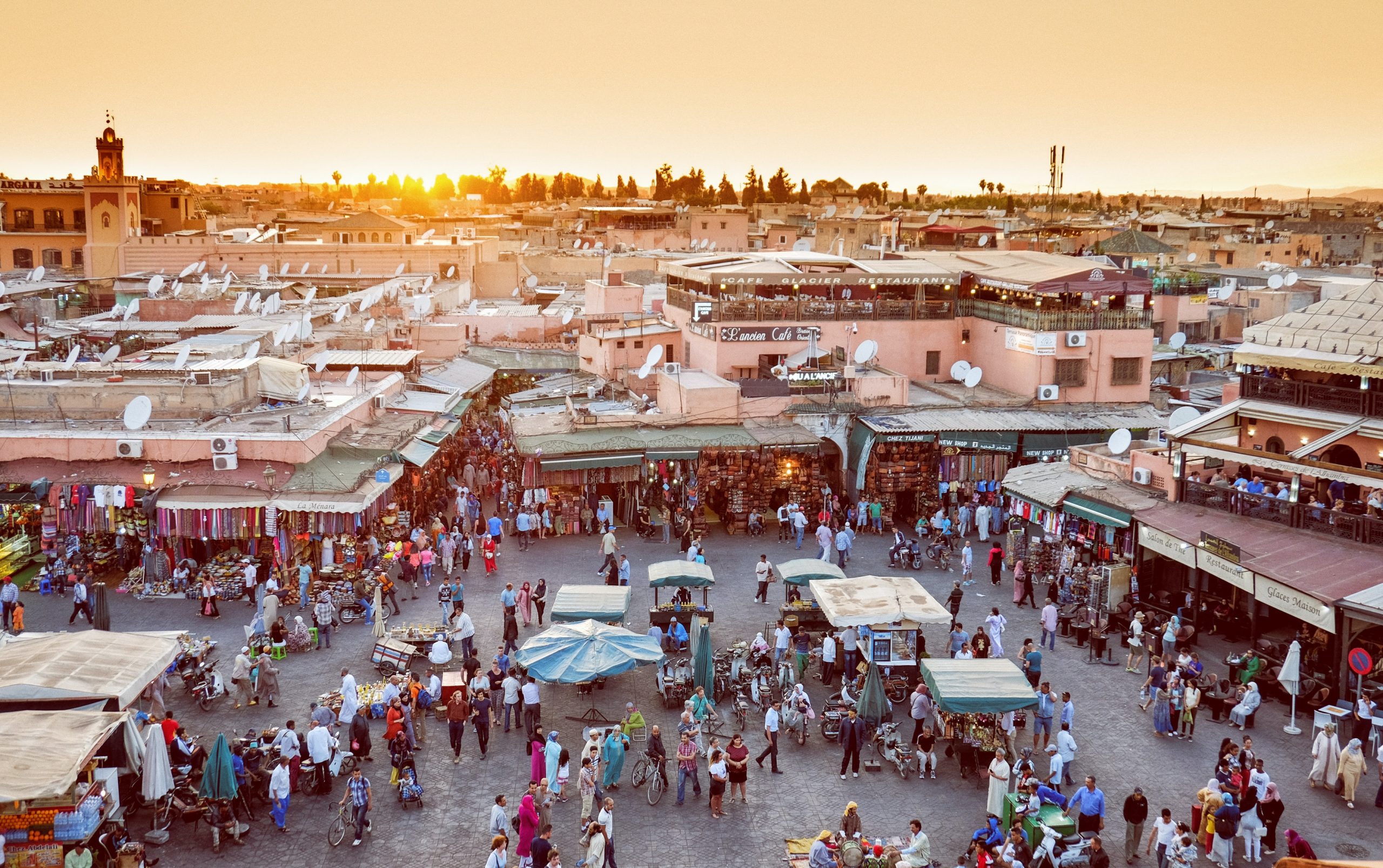 Contrasting colours, multiple landscapes, striking reliefs, infinite expanses and diversified climates are all present for tourism in Morocco. This unique environment gives all its value to the country’s thousand-year-old culture and its imperial cities which have kept their authenticity while offering the best comfort to their visitors. 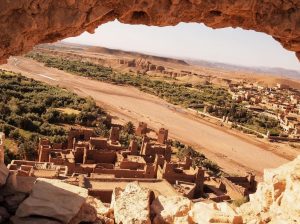 Morocco has considerable natural assets and a rich and diverse cultural heritage. It is therefore not surprising that tourism has become an economic priority for the country. Morocco has wanted to put in place a voluntarist development strategy. If everyone is aware of the launch of several large-scale projects in the field of hotel infrastructures on the Atlantic coast, the effort has also been put into the cultural circuit of the imperial cities. The third tourist domain, more sporting, that of hiking, trekking, mountain or desert tours is currently experiencing a dazzling boom.

Morocco has the ambition to develop tourism on a large scale. The objective is to increase the contribution of the sector to the GDP to 20%. The country is giving itself the means. New seaside resorts are being created. Cities on the border between mountains and desert such as Ouarzazate are being equipped with an international airport. Tourist facilities are being developed in large cities such as Tangiers or Marrakech.

THE MOST POPULAR TOURIST PLACES IN MOROCCO

Among the most visited places, Marrakech is in the lead. An imperial city with ten centuries of history, a tourist destination par excellence with an international airport, Marrakech has managed to retain its authenticity. The many monuments of its Medina, the liveliness of its souk and the famous Jemma El Fna square, its pretty riads as well as its hospitable and warm inhabitants make the reputation of the city.

Fez has a well-deserved reputation as the spiritual and intellectual capital of Morocco. Its medina, classified by Unesco, and its al-Qarawine University, the oldest in the Arab world, are places that leave their mark. A visit to the Roman ruins of Volubilis, not far from Fez, will complete this cultural immersion.

South-east of Marrakech, Ouarzazate is the gateway to the mountains and the desert. It is easily accessible by regular airlines. Ouarzazate is a starting point for the famous Draa Valley, for excursions in the mountains or in the desert, on foot, by 4×4 or by camel, and is known for the beauty of its desert landscapes. These attract filmmakers from all over the world. For them, Ouarzazate has created film studios that have hosted prestigious films and actors.

Agadir, Al Hoceima and Essaouira are among the most fashionable seaside resorts. The oceanic climate which they enjoy brings coolness in summer and tempers the rigours of winter. One can come all year round to the long, fine sandy beaches of these resorts, which have a wealth of hotel facilities. The regular winds will be the occasion to practice windsurfing or sailing activities.

The beauty and diversity of the landscapes allow each region to propose a different offer to attract tourists. The coasts attract seaside tourism, the centre cultural tourism, the reliefs hiking and trekking, the south excursions in the valleys and the desert. In all situations, however, it is the wonder and well-being that awaits the visitor.

Beach tourism and cultural tourism in Morocco have often been presented as competing. Depending on the season and the year, one predominates for a time, the other takes the lead a little later. New development and the result of local initiatives, desert, bivouac and camel tourism is enjoying growing success through recommendations, word of mouth and the Internet. It undeniably enriches the tourist potential of the whole country and the economy of the South. The benefits of this new tourism, if not immediately quantifiable economically, are at least cultural: it is in fact the preservation of the entire culture of a region, which may be endowed with new resources, that is at stake.

Tourism is essentially European, with a French predominance. The Spanish, Swiss, Germans and Austrians are coming in increasing numbers, as well as tourists from northern Europe. Then, the Portuguese are beginning to come to discover a part of their history, the Italians are beginning to discover the Moroccan landscape. Tourists from the American continent come to Morocco, but from further away, are less numerous.

The new trends in Moroccan tourism are in line with those which prevail everywhere else. In addition, there is a spreading out of the tourist season. Summer is no longer the only time of frequentation. The tourist flow of spring exceeds it in certain places, in others, as in the South, the beginning of autumn seems to be the privileged period of the visitors. While seaside tourism and cultural tourism confirm their predominance and even their growth, new forms of holidays are appearing: mountain, desert, hiking, trekking, camel trekking, 4×4 circuits are now regularly proposed and chosen. Mountain hiking tourism: from Morocco, The boom in tourism on the Atlantic coast has never erased mountain tourism. It is growing steadily, offering a wide range of possibilities. Traditional practices attract Moroccans to certain mountain ranges, winter sports are practised in Ifrane. Then, the Ourika valley is seeing the construction of second homes.

But it is rather the spontaneous demand of European visitors that has created and sustained the activity of mountain tourism. The long-distance routes of the Middle Atlas and the massifs dominating Marrakech or Béni Mellal are recognised and are part of the international treks in vogue. The French Alpine Club, through its Moroccan section, has a significant number of refugees in the Toubkal massif, which remains the most popular place. Also, Morocco has taken this demand into account and has opened the Centre de Formation aux Métiers de Montagne which has already trained several mid-mountain guides, mountaineers and managers of rural gîtes and hut guards.

This is the emerging tourism of Morocco, with a bright future. Here again, it is the spontaneous international demand which has led the Moroccans to organise this new type of tourism. Ouarzazate offered only a few tourist beds a short time ago. Now, more than 6,000 beds are permanently available, allowing almost one million overnight stays per year. Also, this tourism is interesting for several reasons. On the one hand, it satisfies tourists in search of new and authentic values, and on the other hand, it allows the rehabilitation and undoubtedly the safeguarding of the local heritage, in particular, that of the fortified houses built in adobe, standing guard along the valleys or on the top of the mountains.

Then, the Moroccans of Zagora and Ouarzazate have organised themselves, using an inherited plot of land in the palm grove, setting up bivouacs with nomad tents, or buying camels and 4×4s. Moreover, they have grouped together in an association to present the local authorities and NGOs with a single interlocutor. In order to, promote caravan tourism and defend their interests.

Morocco follows the general international trend and offers authentic tourism, off the beaten track. It is often initiated and supported by local development associations, development agencies or international NGOs. Rural tourism effectively brings economic activity without large investments. The Moroccan Ministry of Tourism considers it an asset that complements its seaside holiday offer with strong and original attractions. Rural tourism is also a solution to considerably increase the number of additional beds to be offered. In the Mediterranean and Atlantic seaside areas, it contributes to a wider diffusion of the economic spin-offs of tourism in Morocco.

A cruise in Morocco is a comfortable and original way to discover the country, you will discover several destinations in one trip. Your Morocco Tour Operator  will take you through the main ports of the country, such as Saidia, Tangier, Agadir, Casablanca, El Jadida, Essaouira and others 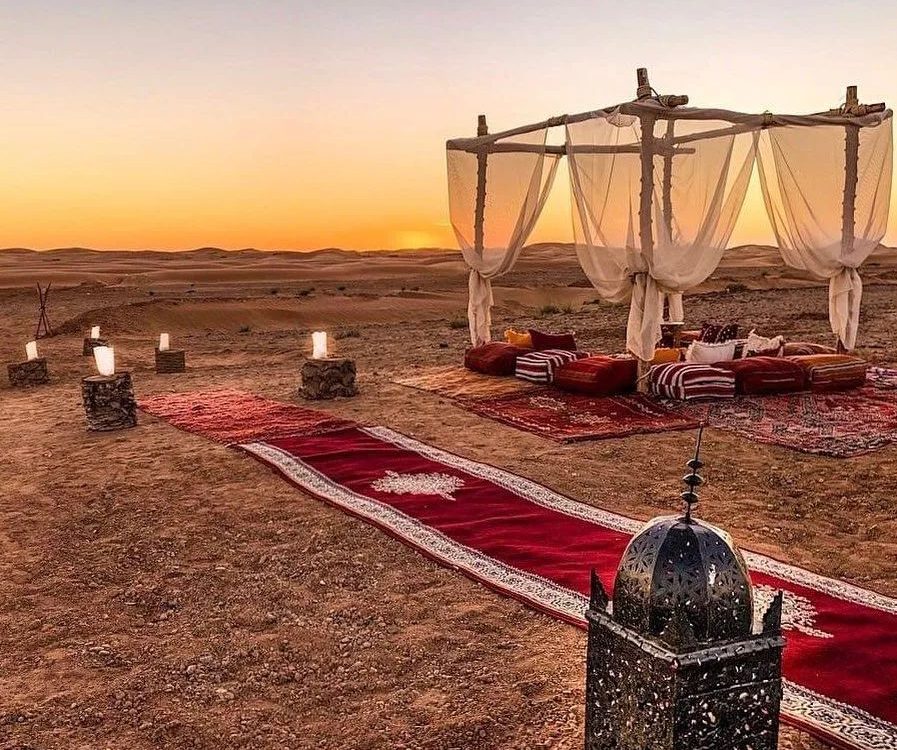